InformNapalm revealed supplies of goods from Crimea to Egypt

The captain deliberately changed the point of departure to conceal the fact of illegal trading activity.

The experts found out that the specified vessel had loaded more than 2,000 tons of soda ( of the Crimean soda plant production) in Sevastopol, and left the port of the occupied Crimea on April 11, pointing the port of Damietta (Egypt) a place of  destination. Then, after some time the captain changed the point of departure, noting that the ship had left not Sevastopol, but Novorossiysk (Russia). On April 18 the ship unloaded in the Egyptian port.

Reportedly, in December 2016, community experts recorded several more trips of this vessel to the Crimea. 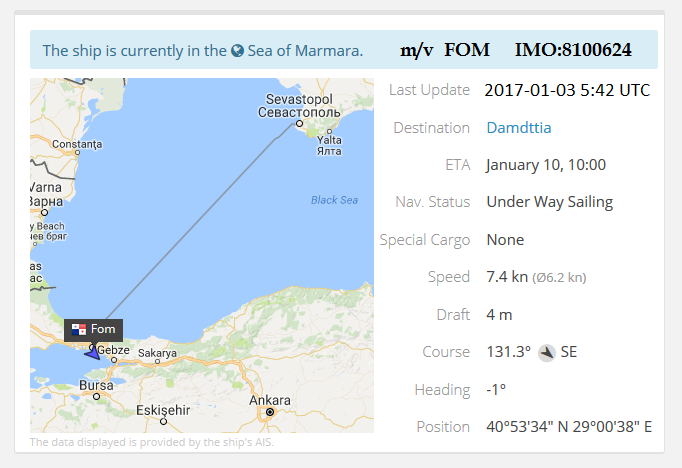 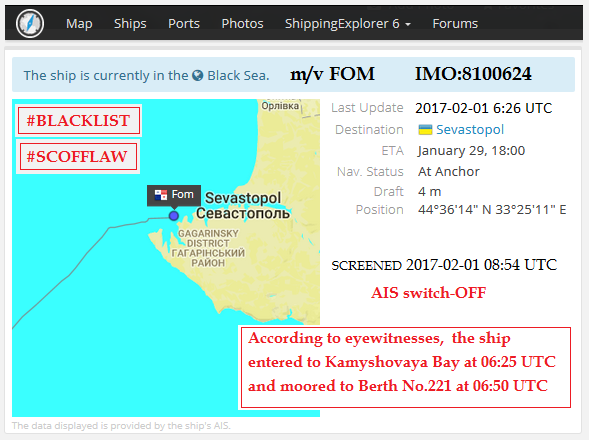 Earlier, in 2016, the State Border Service of Ukraine recorded 652 foreign vessels entering the ports of the occupied Crimea.
On February 15, People's Deputy of Ukraine Irina Friz stated the need for the Verkhovna Rada to pass a law prohibiting the use of the Crimean ports by the occupation authorities for international transportations.

Cargo ship with 9 Ukrainians aboard sank in Black Sea